Finding information in English on the unique deck known as “The Astro Mythological (Grand Jeu) of Mlle. Lenormand” is quite difficult. However there are several books out from France that do cover this particular (and peculiar) deck. I’ve decided to put my decades old minor in French to the test to try and render a passable translation of one of the more popular books out there on this subject: Le Livre du Grand Jeu de Mlle. Lenormand; Les 54 cartes et leurs definitions – Des methodes de tirage simplifiees” by Jean Didier. You can get both the deck and the book from Amazon.fr (the French version of Amazon.com). 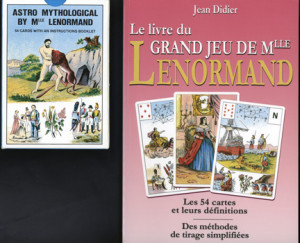 [Note: Text in brackets are my personal notations and are not present in the book]

[Front Cover]
[title] The book of the large deck of Ms. Lenormand
[subtitle] The 54 cards an their meanings
(and) Simple Methods for divination
(by) Jean Didier
(publisher) Editions Trajectoir

Marie-Anne Adelaide Lenormand, born in Alencon, Normandy in 1772, was the greatest clairvoyant of her time. She notably predicted the tragic end to Marat and Robespierre. Napoleon Bonaparte was equally in her consultations and now knew that she exercised a great influence on Josephine de Beauharnais. The deck that she created “Le Grand Jeu de Mlle. Lenormand” permitted a subjective interpretation of the planetary “salon” cards.

Today much utilized in professional clairvoyant consultations, the deck has made a place for itself, rich with interpretations. Appearing to be of hermetic knowledge and complicated by the number of subjects on each card, the deck becomes simple and logical once all of the elements are explained in detail and in a clear, easy language.

I ask you to take some time to review each card, one by one, where you may discover the secrets each figure represents on each card.

When finished, the interpretations given in the following pages are instructive and important, but equally made to serve as guidelines.

You will find, like other divinatory decks, you will learn appropriate interpretations combined with your own intuition.

Note – the 9 of Clubs exists in two groups; The Golden Fleece and The Order of Time.

An event that is signified by these cards will be realized in the given time frame, for example, with the 7 of clubs: Capricorn announces something happening in either 3 or 30 days. 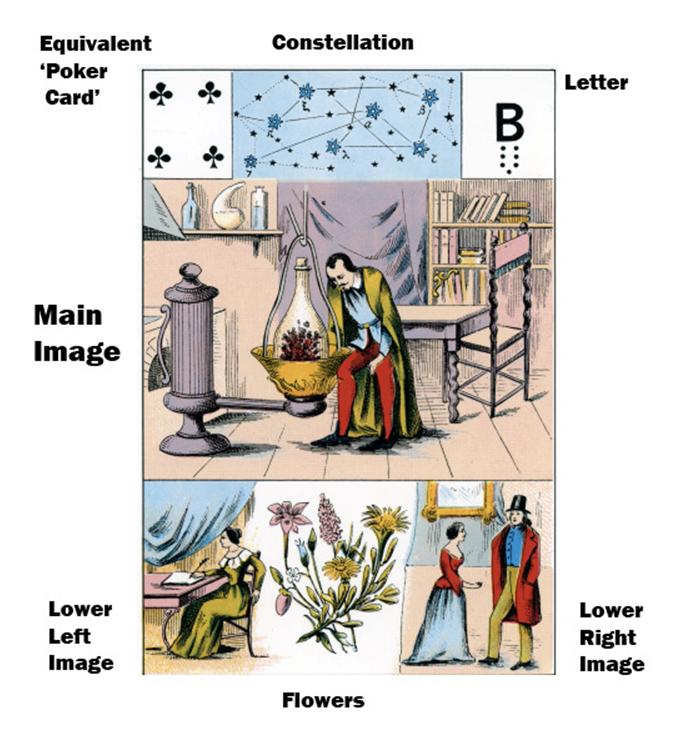 Each card carries about a number of supplemental indications/interpretations.

A Simple Spread: The Triangle [and how the bottom corner images relate to one another]

Shuffle the cards well while concentrating on a precise question. Cut the deck and place it face down on the table in front of you and draw three cards: 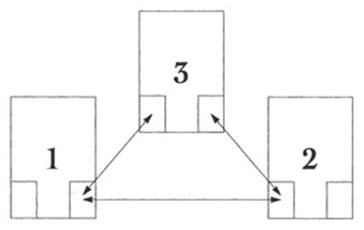 [Note how the lower scenes are only read against other neighboring lower scenes. This spread is described in the last pages of the book, but I think it’s helpful to present it early to illustrate how the small corner images are interpreted in a reading.]

In my next post I will begin presenting the cards one-by-one, by suit, as they are given in the book. I may try to include several cards in one post, but I’ll have to experiment and see how quickly I can render the translations. Thank you for your patience, and I hope someone will find the information useful. Enjoy!